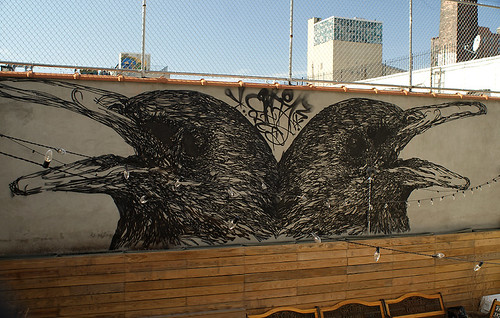 Just took advantage of spring break from school to travel between Baltimore, New York, Jersey City, DC and Philadelphia painting legal spots and pasting up street work. It all began with a wall behind The Woods in Williamsburg and then crossing the river to Jersey City with Dylan from the Jersey City Mural Program. Both went swimmingly besides a couple concerned police interrupting the painting session on the second night. 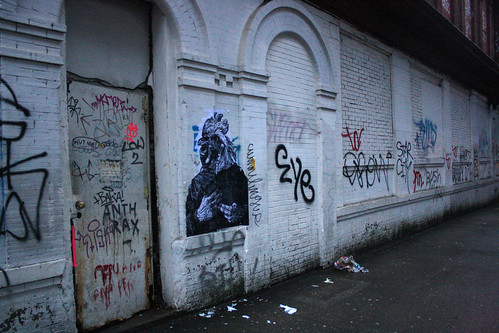 After those two pieces were done and rocked a couple posters, my boy Marx posted me up in Center City Philadelphia for a couple days to ride around the city and put up work. Cooked up a last minute poster painting in his room and was also able to throw up a huge grandfather head that I had laying around back in Baltimore. The three days in Phili were magical and consisted of many street meat cheesesteaks, frog legs, dim sum, eel, tacos, riding, drinking and loving. Here are some photos of the work Girard ave, Broad St and Ridge Ave. Peace to all the amazing people at Rittenhouse square. 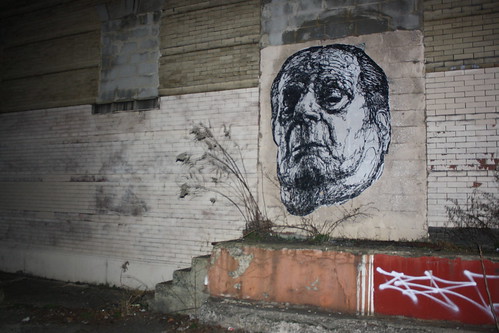 Finally, I took a chinatown bus straight to DC to meet up with Peter from Albus Cavus and after grabbing supplies, banged out a giant bear head mural at their Sherman Ave spot right before driving back to Bmore. 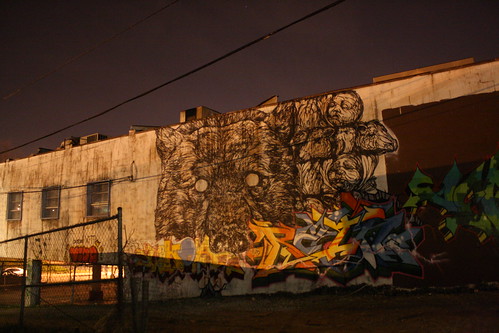