NYSAT2 struck the streets of New York yesterday morning, whitewashing over 100 illegal street level billboard advertisements and adorning them with work from various artists. Despite intense NPA harassment and a major police crackdown that resulted in a few arrests, it seems that every artist had the chance to at least get their work up for a few hours. Unfortunately, NPA made a tremendous effort to reclaim all of their space so I think it is safe to say that nothing has lasted into this morning. But fear not, the whole process was documented so incredibly well that it was staggering. Here is the flickr account from last year! http://www.flickr.com/photos/37774782@N05

For a more detailed account of the activities yesterday, check out the New York Times article that ran in the paper today in the New York Region section written by reporter  COLIN MOYNIHAN who I had the pleasure of rolling with most of the day.  And of course http://www.publicadcampaign.com/ will be releasing more in depth coverage and documentation.

Here are the pieces that I hit up yesterday with ClownSoldier. We ended up taking two billboards and concluded the route with a revisit to a classic spot in Chelsea that I haven’t put work up at in a minute. Was super nice to be back in New York for a couple days but now back to school 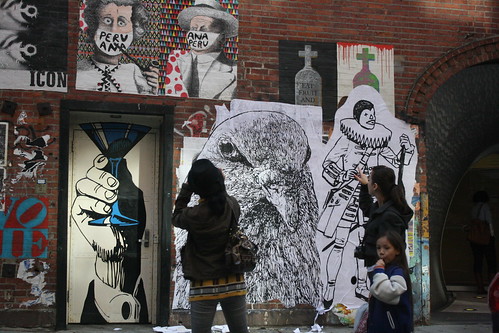 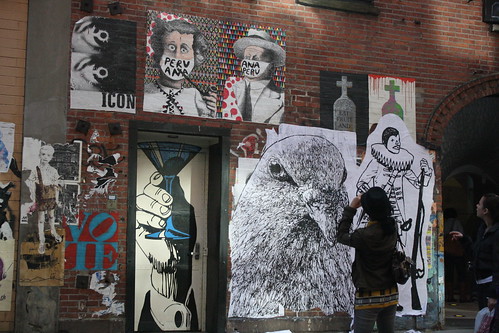