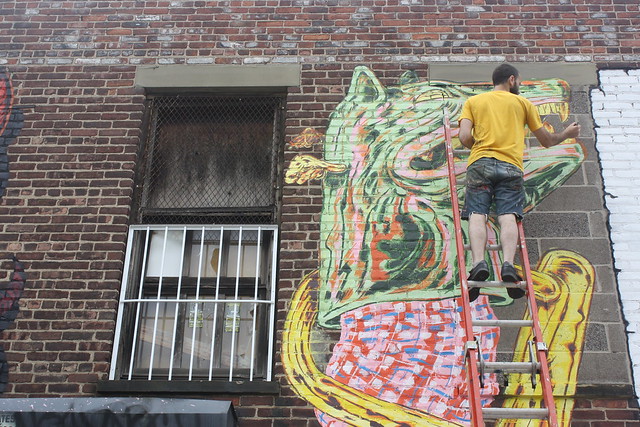 Over two days, artist ND’A was invited to paint a tall narrow space nestled between Nick Walker and Jay Shells at  Bushwick 5 Points. At the crossroads where St Nicholas, Troutman, and Scott meet, Joe Ficalora has created a street art oasis. While his family have owned the buildings for years, Joe has taken it upon himself to breathe new life into them. When speaking to Joe, you can tell the passion he has for the artists with whom he shares his walls. This passion has created a space where artists from other countries as well as the New York area can have a more permanent home than the temporal streets that surround his buildings. 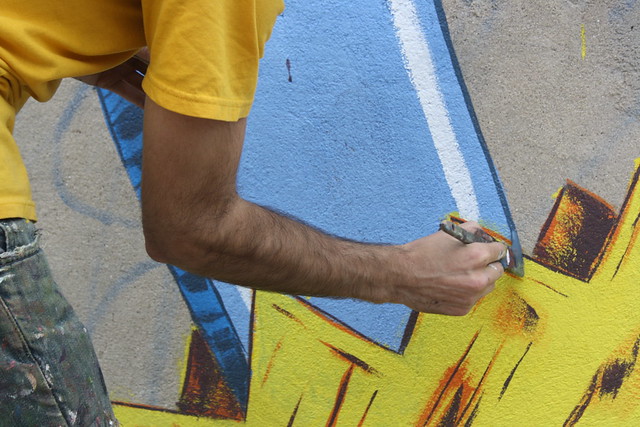 Since his visit to Mexico in June with LNY, ND’A’s style has shifted from text-based to the symbolic. Originally incorporating lyrics from various sources including music, the artist has moved towards a more universal meaning for his murals. Rather than having the text connote a specific reference, he is using symbols to create an appeal for the general public. For example, “drunk or sober never lose your composure,” as he used in his Bushwick Open Studios panel, will divide viewers as either those who understand the RZA line or those who are left feeling outside the reference. However, when removing the lyrics and leaving only the symbols behind a crown, a wolf, a bike lock, and a foam finger can take on a number of meanings for those who venture to Bushwick 5 Points. 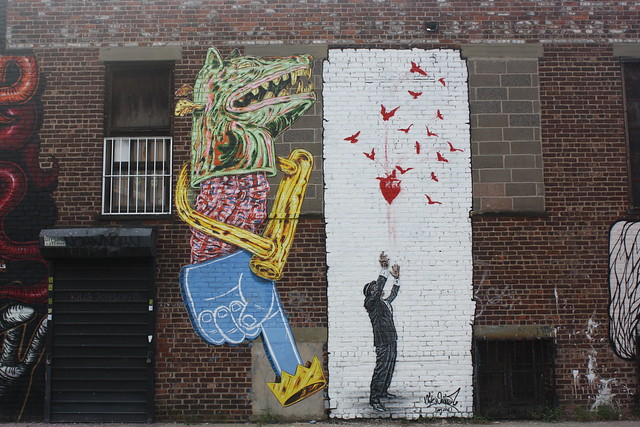