So Now that everything has settled down and I am back in New York, it’s time to sit down and adequately give an overview of the street, gallery and legal works produced for the Living Walls Conference. The focus of these works was a hybridization of the Cherokee and Suburbia, both entities that occupy the American imagination but are seemingly different. The photo references employed within these portraits are women of the Cherokee nation, which was one of the first Native American tribes to embrace the encroaching Western frontier. These photographs capture a people in transition who retain their traditional values while simultaneously assimilating to a new, oppressive lifestyle. In the largest of the four street pieces, the Cherokee weaving pattern transitions into the homogeneity of suburban sprawl, an issue that has defined Atlanta’s contemporary development. The romance of establishing autonomy closer to nature, away from the turmoil of the city, is joined with the domesticity of the Cherokee portraits, the romantically free people tamed by invasion. A more comprehensive overview of the other projects will be coming soon! More photos and details after the jump 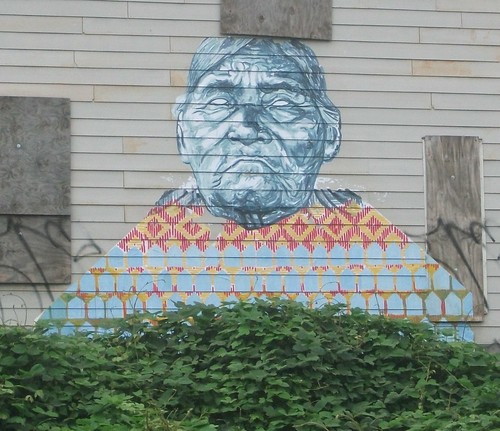 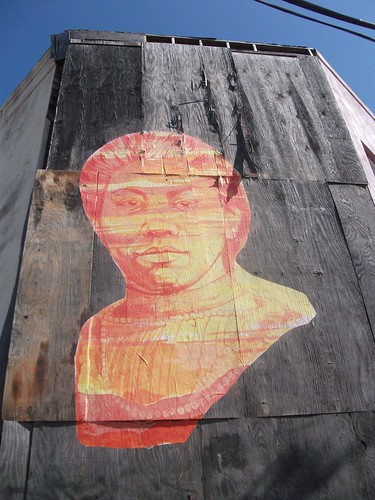 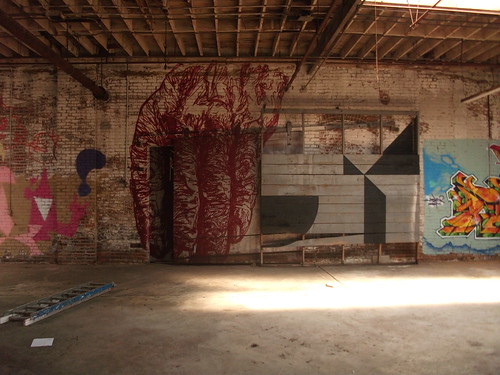 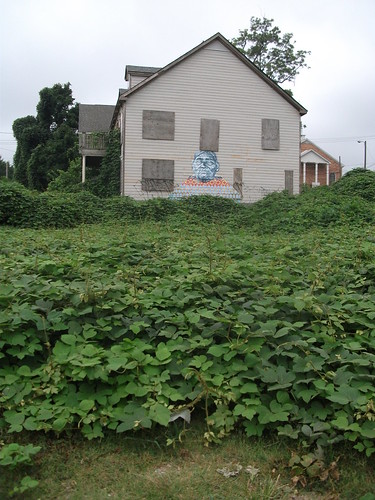 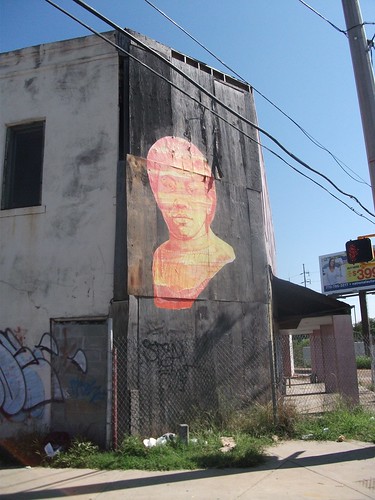 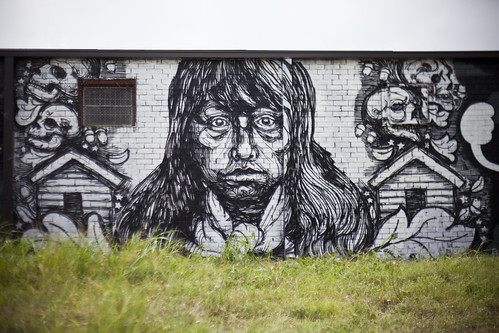 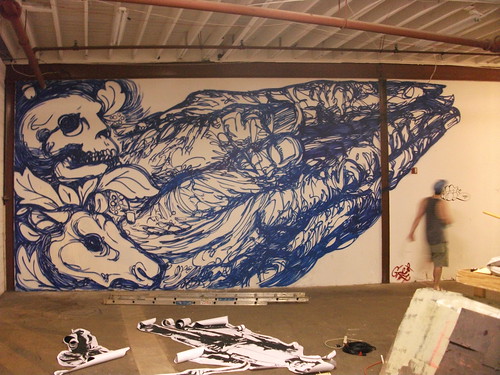 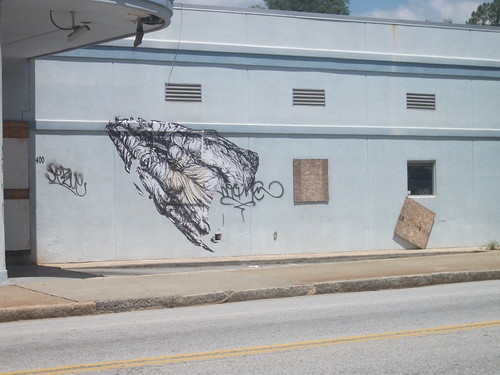 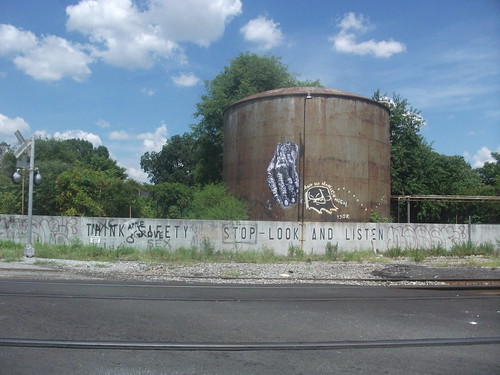 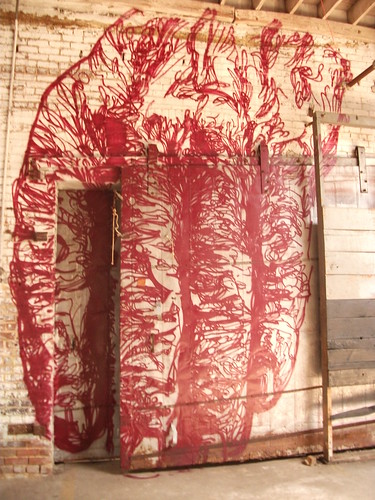 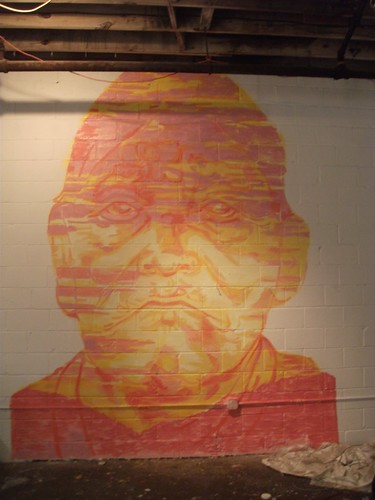