Gaia in Korea: the second of five pieces for each quadrant of the city. With the wave of evangelicalism that has arrived with the western wash that has suffused korea for the last half century, I thought it would be pertinent to hybridize/subvert the old tradition with the new influence. Shamanism and Buddhism were expelled from the city of seoul when the Joseon dynasty adopted Confucianism and now the country is undergoing a new religious transition to Christianity. But the Image of Buddhism has returned to the the walls of the palace right near the ancient gate of Gyeongbokgung, this time by the hands of a westerner. The contrast of the Buddhist monk with praying hands inscribed with the symbols of the disciple St Andrew is a portrait of passing times and transmission of culture.

This piece was literally put up a block away from the main gate in the thick of the national security of one of the most geopolitcally tenuous nations in Asia. Yet somehow a foreigner is always invisible. 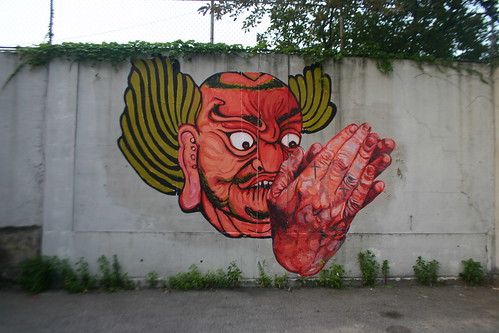 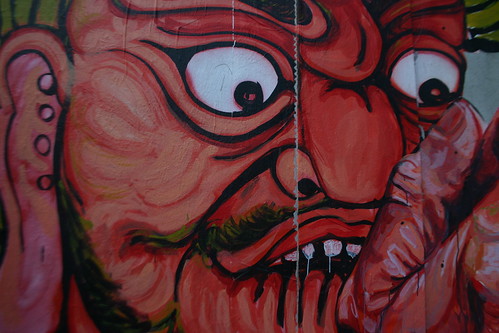 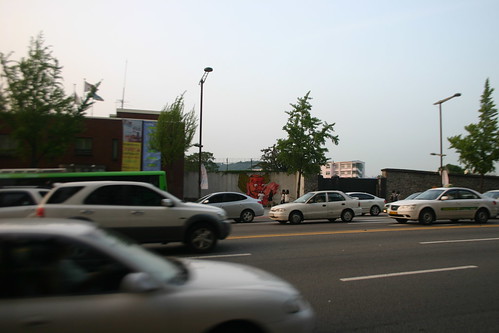